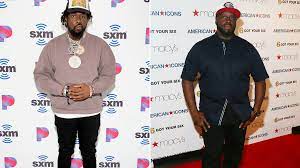 Conway The Machine isn’t playing nice with NYC DJs Funkmaster Flex and Suss One — he’s telling the old-school vets is time to hang it up for good and stop getting in the way of artists growth.

The slick words targeted the city’s top 2 hip hop stations: Hot 97 and Power 105 … while sharing his tales of seeing Flex in public, and claiming he’s clueless about the current hip hop scene. Conway also essentially called a Suss One a sellout for nabbing “The Wendy Williams” gig, and shrugged him off on live TV after a fan stated Conway was in his Top 5 of MC’s amongst Jadakiss and Nas.