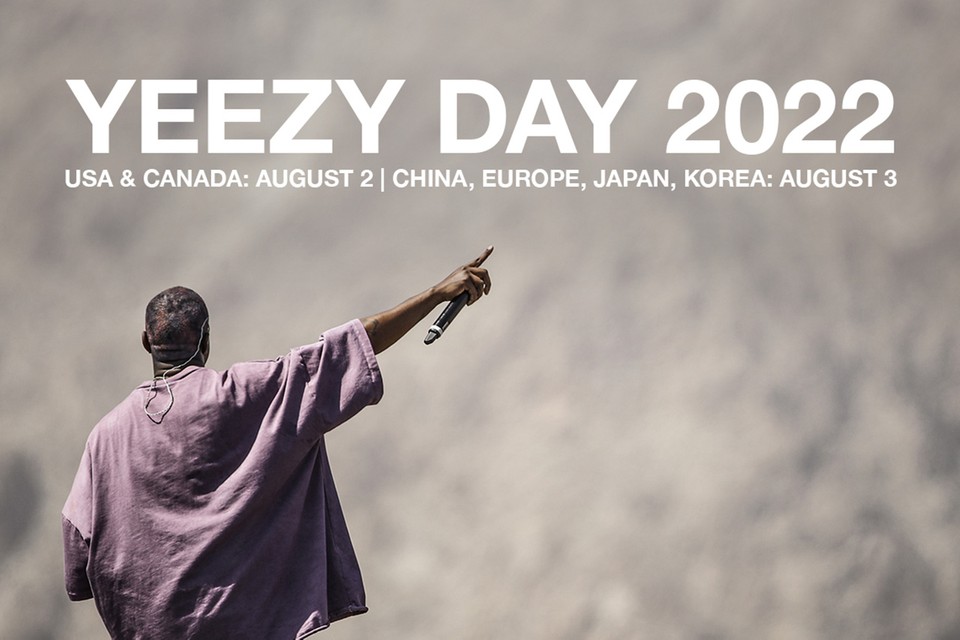 With footwear brands often creating their very own holidays — such as Nike’s Air Max Day or New Balance’s Grey Day — we sneakerheads have many a cause for celebration. And for devout followers of Ye (formerly Kanye West), anticipation is likely at an all-time high as YEEZY Day 2022 is to begin in less than 24 hours.

Ye has celebrated Yeezy Day for the last several years, kicking off the month of August with a large assortment of releases both new and old. Officially commencing tomorrow, August 2nd, the event will host a current total of 40 shoes, which spans notable fan-favorites as well as a small sum of unreleased colorways. Among the most notable restocks are the Yeezy Boost 350 “Turtle Dove,” the Yeezy Boost 700 “Wave Runner,” and the Yeezy Foam Runner “Sand.” As for what’s to debut, you can expect quite a few pairs: the Yeezy 450 “Utility Black,” Yeezy Boost 700 “Hi-Res Blue,” Yeezy Slide “Flax,” Yeezy Foam Runner “MX Carbon,” and Yeezy Knit RNR “Fade Azure.”

Yeezy could very well have even more surprises in store. But to make sure you’re as prepared as possible,