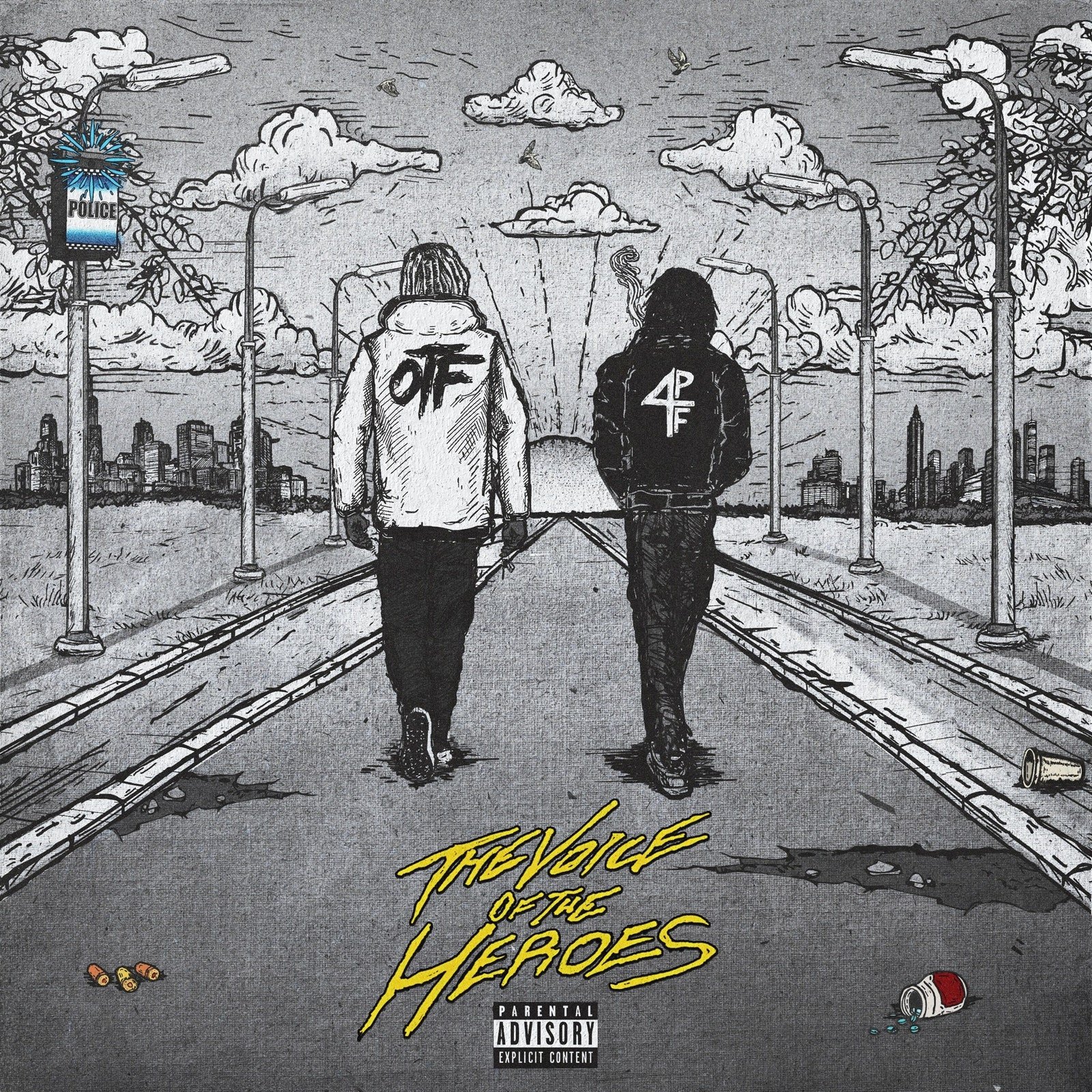 The post-pandemic Hip Hop landscape is like an appetite yet to be satiated and as artists emerge from the off-imposed public hibernation, some find themselves looking to restore their grind to prior to Covid-19 status, while a select few look to push the limit of of the genre. Young turks, Lil Baby and Lil Durk competently conquer the latter idea with Hip Hop’s latest superstar joint album, Voice of the Heroes.

Though a lengthy endeavor, these 18 tracks are an hour long, six-alarm blaze that requires multiple replays and a fire extinguisher, clearly displaying why the two rappers are considered the hottest in the rap game today. Let’s get into what the project says, and doesn’t say. Title track one, Voice of the Heroes, sets a seriously haunting tone that can be felt throughout the project. Right away you know the album takes itself in extreme earnest with the flow and sheer demeanor of the two prodigies. The rapid firepower cadence continues right through to track six, Man of my Word, but be sure to digest one of the best ever Travis Scott features on track three, Hats Off.

This project works on so many levels. There is something to be said about a new school sound excellently blended with an old school vigor and tenacity that reverberates through todays musical generation gap. While nowhere near Watch the Throne status, it strikes as the next best thing for the sign of these times. Every feature is worth the listen and the overall theme of loyalty and being a voice and a hero for and of the people can be heard from start to finish.

Meek Mill yells, as usual, but somehow stays neutral on track seven, Still Runnin which is, as expected on any Durk record, otherwise a cryptic message to any and all enemies, while track eight, Medical, takes us into the world of what the get back may actually be like. Track nine, How It Feels, changes the vibe with its bouncy piano sample and fundamentally fun flow, while staying with the grain and right on subject with the rest of the material.

Transparently, Voice of the Heroes says just as much as it doesn’t. The production is as immaculate as expected, unfortunately upstaged however, by top level flows that simply struggle to say anything beyond toxicity. Adding to the fray is the confusion birthed from many of the thematic and tonal transitions, sometimes lack thereof. Many instances feel like they may be talking to an enemy and a potential love interest at the same time. Some verses seamlessly turn into hooks, which always comes off as kind of lazy and can be hard to unhear.

Moreover, the album, while one of the best of the year so far, is a heavyweight in production and lyrical ability but a bantamwieght in lyrical substance. Do with that what you will, but do not miss it. It is full of bangers like the sweeping track 14, Up the Side, featuring the new and very improved Young Thug, as well as track 16, Rich Off Pain, which Rod Wave, Lil Baby and Lil Durk each put their whole foot into.

The title of the project alone implies an undoubtable “dynamic duo” aspect to Voice of the Heroes and it’s up to you to decide who is the Batman and who is the other Batman. With this pre-summertime release, they have chiseled in stone the 2021 momentum of superb musical projects that all artists should have on their radars.

The only thing this album lacks, aside from lyrical content, is a more robust thematic conceptualization. “Durk is the voice cause he always knows what to say, Baby is the hero coming through to save the day”, is the one liner that was supposed to support the idea of the entire project? Clever, but insufficient. So much more could have been done with the theory and connotation of the title but we can’t deny that the delivery and execution more than make up for whatever the album doesn’t possess.

All in all, the two tender titans should immediately be thinking of a Voice of the Heroes part 2. The album is diamond solid and any skips are highly debatable inside any circle. These are two young masters arguably at, or soon reaching, their apex of creativity and it’s gorgeous to witness. While both artists seem to improve and mature with each record released, let’s hope we don’t need to commit a whole hour of our lives to digest their next efforts.