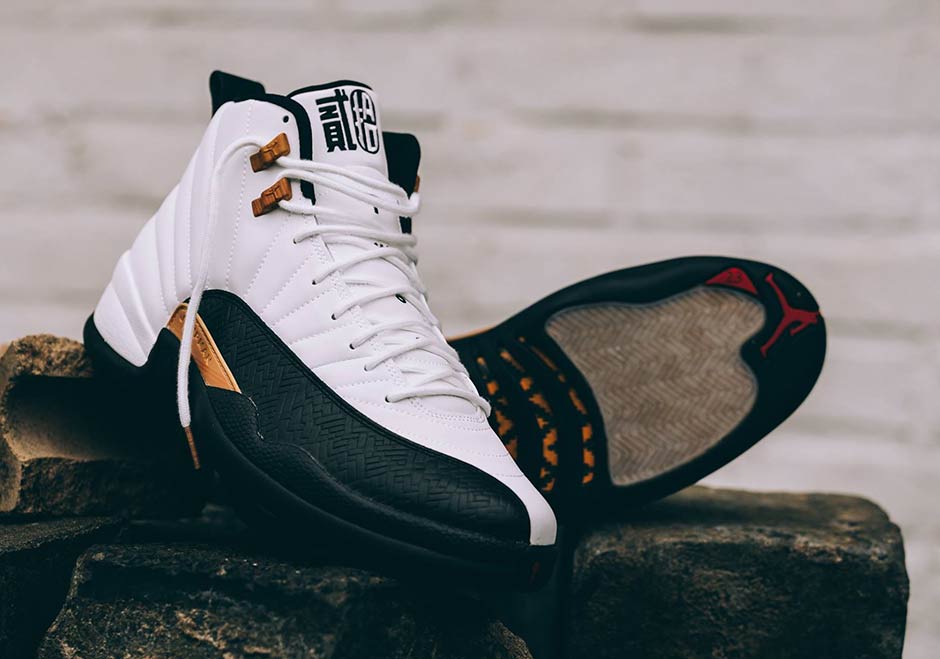 It looks like the release dates for the “Chinese New Year” Air Jordan 12 vary for different regions of the world. Already released in Asia, the Chinese-themed edition of the Air Jordan 12 that’s basically the original “Taxi” colorway is scheduled to release in North America on January 28th. But it looks like they’ll drop one week earlier in Europe, as Germany’s Solebox has reported a release for the shoe this weekend, January 21st. So, the 21st for Europe and the 28th for the US and Canada, and if you live anywhere else, we suggest you consult your local retailer for availability.